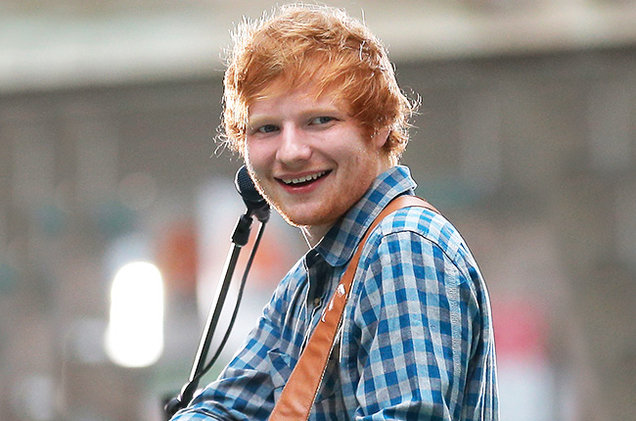 “I have always said that I want to be known as the nicest and hardest working guy in the industry” “The secret to success? Pick someone who is successful and then be prepared to work twice as hard as them” “I didn’t have a Plan B. My dad said ‘If you really want to do it, don’t have a fall-back plan. Because you eventually will do it if there’s no other option’.” “When the money ran out, he would doss down on sofas and even spent a couple of nights under an arch outside Buckingham Palace. He would play wherever and whenever he could, busking around the London Underground and accepting payment for gigs in pubs in the form of food and beer. The following year, 2009, he played an astonishing 312 gigs. Why? Because he discovered that James Morrison, a similar British songwriter who suddenly shot to fame a few years ago, succeeded after performing 200 concerts a year” Who is this amazing person and hustler? A little known 18 year old guy with ginger hair from Framlington, England by the name of Edward Sheeran. Read more about his inspiring journey here https://lnkd.in/dX7UUWg

IT IS ALL ABOUT BELIEF AND HARD WORK! Some of the world’s biggest influencers and most inspiring entrepreneurs are musicians, coming from the most humble beginnings.

What do I know?

“Ain’t got a soapbox I can stand upon But God gave me a stage, a guitar and a song My daddy told me, “Son, don’t you get involved In politics, religions, other peoples’ quarrels.” I’ll paint the picture, let me set the scene, I know when I have children, they will know what it means and I’ll pass on these things my family’s given to me Just love and understanding positivity We could change this whole world with a piano Add a bass, some guitar, grab a beat and away we go I’m just a boy with a one-man show No university, no degree, but Lord knows Everybody’s talking ’bout exponential growth And the stock market crashing and their portfolios While I’ll be sitting here with a song that I wrote Saying love could change the world in a moment But what do I know? “