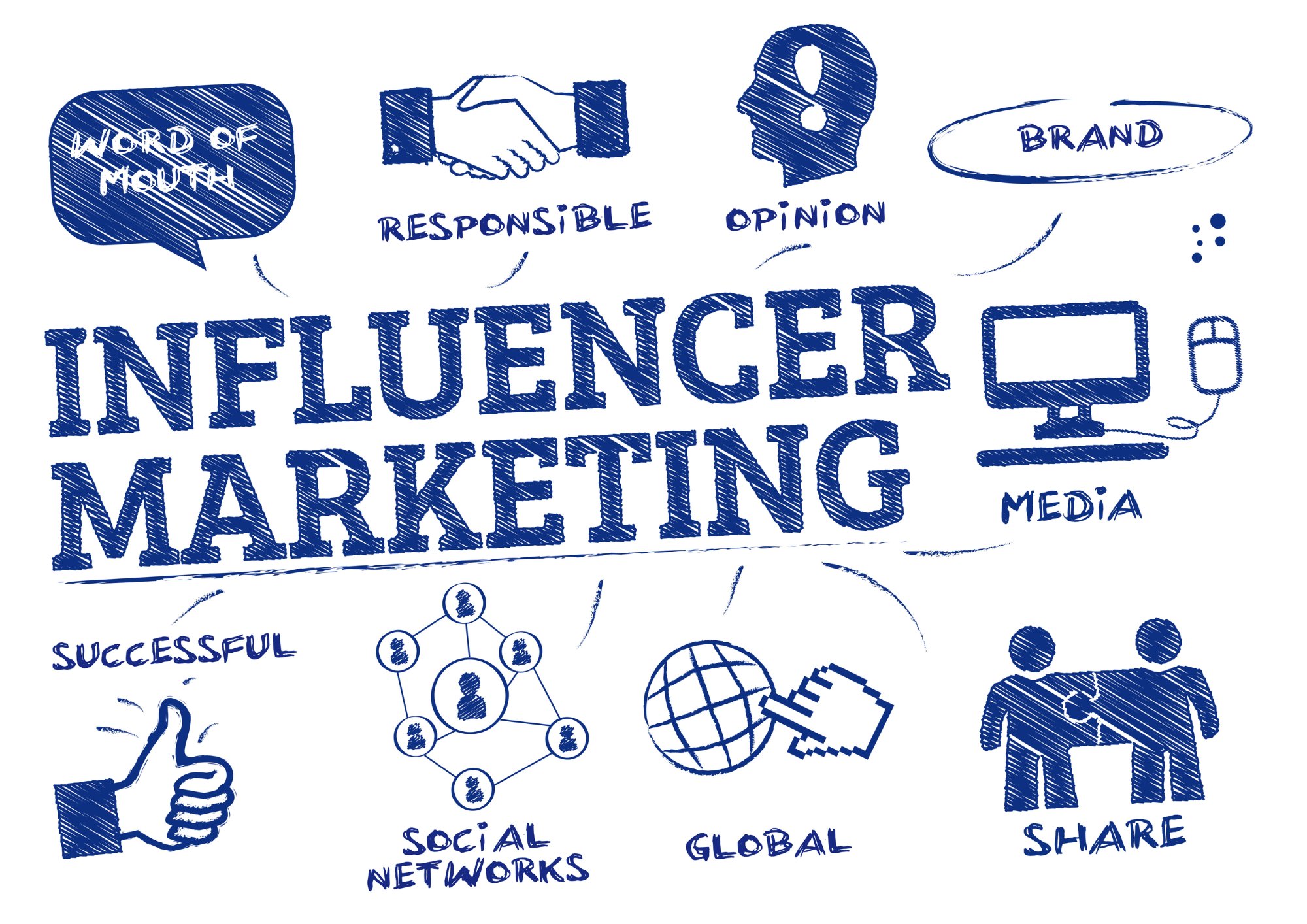 Social Media Influencers are all the rage at the moment. There is a lot written about them in Sales and Marketing media and there are a lot of people who claim to be influencers. Like me, those of you new to the game of digital marketing will be wondering what all the fuss is about. So, as always I’m here to cut through the complicated brown stuff.

What is a social media influencer?

If we look at the dictionary, the word influencer in a global context is defined rather simplistically as a “a person who is able to change the behaviour or thinking of someone”. In this context we are all influencers, as there will be people affected by our thoughts and actions. For children it will be our peers, for parents it will be our kids.

In recent years, digital marketing has become very popular – by this I mean advertising on LinkedIn, Facebook, Twitter, YouTube, Instagram. Initially most of this centred around celebrities and traditional B2C adverts. In recent years, we have seen a shift towards a phenomenon known as the social media influencer. This has probably been driven by the Reality TV phenomenon but I have noticed that people are following ‘real’ people as well celebrities.

These ‘real’ people are actually just your average joe, doing a job and earning a living to feed themselves and put a roof over their heads. The only difference is they are actually becoming celebrities in their own right. People follow them because they have worked hard to build up authority, knowledge or a particular position and they are sharing what they know with their network! This also makes them “people who are able to change the behaviour and thinking of someone” which is why there is such a hype around them at the moment with regards to social selling.

You may have seen articles about Top 10 Linked Profiles, Forbes top 30 under 30 and Digital Marketing Agency Influencer Lists. Social Media as a whole is really promoting this concept of the 21st century influencer. Much has been made in recent days about whether they are truly independent or whether there is some “Sales and Marketing” smoke and mirrors going on.

In my humble opinion (IMHO) to be an influencer you need the following:

This gave me an idea to set up my own top 10 of LinkedIn digital influencers. I can guarantee that this is TOTALLY independent and represents my views only. No pets or robots were harmed in the creation of this list and due to anti-bribery regulations I have to declare that I was not given a penny by any of these people! So here it is, in no particular order:

What about me? Well, I started blogging on November the 11th 2016. Donald Trump had just won the US presidential elections and I realised my time had come.

The digital revolution started in 1989 with Tim Berners Lee and the world wide web. But since 2008, there has been the creation of a twin track economy which has resulted in austerity and much suffering, depression and misery for many.

I have seen light at the end of the tunnel. 2008 also unleashed a powerful force known as Digital Transformation. Of course, this is primarily about business but it is also about people and culture. It will pervade everything we know and love from Finance to Politics, Economics, Sociology, Technology, Legal, Environment, Education…the list goes on. I want to be at the centre of this universe and to tell this story as it unfolds.

My Best to all in #TeamHuman,