The Greek Tragedy was a form of theatre from Ancient Greece and Asia Minor and was born out of Athens in the 5th century BC.

It dealt with the big themes of love, loss, pride, greed, the abuse of power and the fraught relationships between men and gods.

In a typical tale, the main protagonist of a tragedy commits some terrible crime or mistake without realizing how foolish and arrogant they have been. My latest article talks about Greek Tragedy in the business world and how it can be applied to the modern day world of Management Consulting and in particular outsourcing.

The argument that outsourcing can and should be applied to drive efficiency is a popular and necessary one, to ensure the longevity of a business.   However, If it is applied to core competencies, which are essential to the survival of your business, it can pay dividends in the short term but be very damaging to a firm in the long term. 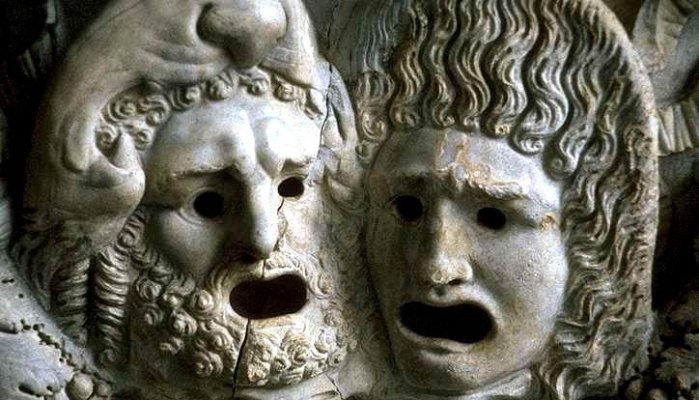 Since the first Management Consulting practice was opened in 1893 in Philidelphia, United States by Frederick Winslow Taylor, a man best known for his work on the principles of scientific management, the industry has grown exponentially in popularity.

In modern times, many of the larger firms have expanded their advisory services into the realm of outsourcing, with large multi-national consulting firms now being the most popular choices for bolting on capabilities for strategy, change and transformation. This has been a great solution in terms of outsourcing risk, but it does come at a price, the ramifications of which have not been well documented or played out as yet.

Although the following story comes from the PC manufacturing industry, the lessons it provides about outsourcing a firm’s core capabilities are ubundantly clear.

Dell experienced huge growth in the 1990s, It had a disruptive business model: entry level, low cost PCs which were sold by mail or over the web. In the quest to chase profits and satisfy Wall Street, they decided to start outsourcing capabilities to one of their component suppliers, Asus.

Taiwan based Asus manufactured the low cost circuits for Dell’s computers and were central to their cost leadership strategy.

Asus came to Dell with an interesting proposition: “We’ve done a good job making these little circuits for you. Let us supply the motherboards for your computers, too. Making motherboards isn’t your competence—it’s ours. And we can make them for a 20 percent lower cost.”

The Dell analysts realized that not only could Asus do it cheaper but it would also allow Dell to erase all the motherboard-related manufacturing assets from its balance sheet.

“Gosh, that would be a great idea,” Dell said to Asus. “You can produce our motherboards.” Funnily enough, the agreement made Asus look better to investors, too; it was increasing its sales with the use of its existing assets. Both companies seemed better off.

After it had reorganized to accommodate this arrangement, Asus came to Dell and said, “We’ve done a good job manufacturing these motherboards for you. Why don’t you let us assemble the whole computer for you, too? Assembling those products is not what’s made you successful. We can take all the remaining manufacturing assets off your balance sheet, and we can do it all for 20 percent less.”

The Dell analysts realized that this, too, was a win-win. That process continued as Dell outsourced the management of its supply chain, and then the design of its computers themselves. Dell essentially outsourced everything inside its personal-computer business—everything except its brand—to Asus. Dell’s Return on Net Assets (RONA) became very high, as it had very few assets left in the consumer part of its business.

Then, in 2005, Asus announced the creation of its own brand of computers. In this Greek tragedy tale, Asus had taken everything it had learned from Dell and applied it for itself. It started at the simplest of activities in the value chain, then, decision by decision, every time that Dell outsourced the next lowest-value-adding of the remaining activities in its business, Asus added a higher value-adding activity to its business.

This is a cautionary tale about the dangers of outsourcing a firm’s core capabilities. There are some functions and processes, for which augmentation and NOT outsourcing is the best option.

In the age of Digital Transformation and Disruption where change is becoming the only constant, it makes more sense to augment and develop internal change management capabilities rather than outsource, so that core skills such as Business Analysis, Strategy, Programme and Project Management and Service Transition can be learned, refined and continually improved over the long term.

Independent consultants provide a much better way of augmenting strategic, change and transformation capabilities. By bringing them in alongside your existing staff, clients can benefit from the coaching and facilitation skills, problem solving capabilities and deep expertise of very experienced professionals, who would cost much more if they were working for branded multi-national consulting firms.

The story of Dell and Asus was taken from the book “How Will You Measure your Life?” by Clayton Christensen, a thoroughly engaging book which takes some key ideas from the world of business strategy and applies them to managing one’s own life. I would recommend this to any young person who is starting out on their career journey in business.