In the aftermath of the 2008 Financial Crisis, something died. Aspiration.

Defined in the dictionary as the “a hope or ambition of achieving something.”

Big risks were taken by a lot of people in the lead up to the GFC and governments around the world, faced with the collapse of the financial system were forced to bail out those who had taken big risks and lost

This policy inadvertently facilitated a wealth transfer from those who are asset poor to those that are asset rich. House prices, shares, bonds have continued to soar. Wages meanwhile stay supressed. Economic growth subdued.

Who are the losers? Who makes up the majority of this asset-poor cohort?  The young people.

Saddled with debts from education, they don’t have money to buy houses and investments.  They are expected to work hard with no end in sight, expected to power economies with no promise of rewards that came before.

An economic system devoid of hope and ambition is a dangerous one indeed. This picture sums up the current plight for the next generation. It is now becoming increasingly apparent that we (all demographics) need to work together to create a new vision for an economic system because the current one isn’t working anymore. A one that encourages growth. For everyone. 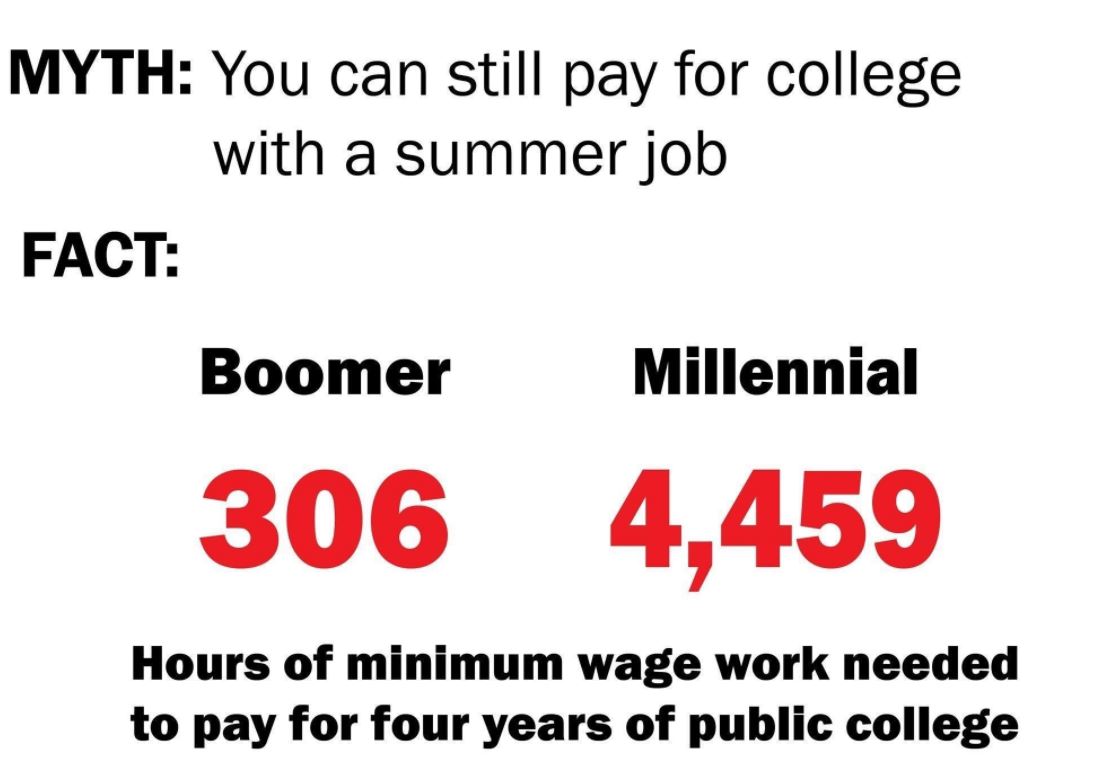